ARMUNDIA IN L’AQUILA, A SCIENCE CENTRE OF EXCELLENCE

In 2018 Armundia Group opened the doors of its own Fintech and Insurtech Research and Development Centre, in the historic centre of L’Aquila.

The city has strongly committed to the post-seismic reconstruction and cultural and economic revamp of the Abruzzo region. Thus it stands out in Italy as a hub of excellence for innovation, development and scientific research.

What is the guiding principle and objectives of this entrepreneurial initiative of the Armundia Group?

Excellence and professional competence for the technological innovation.

The Armundia Group’s Research and Development Centre is located In a suggestive building from the sixteenth century: the Palazzo Natellis. It is the result of an enlightened entrepreneurial action, set to become a Fintech and Insurtech centre of competence and technological excellence. Its goals are: 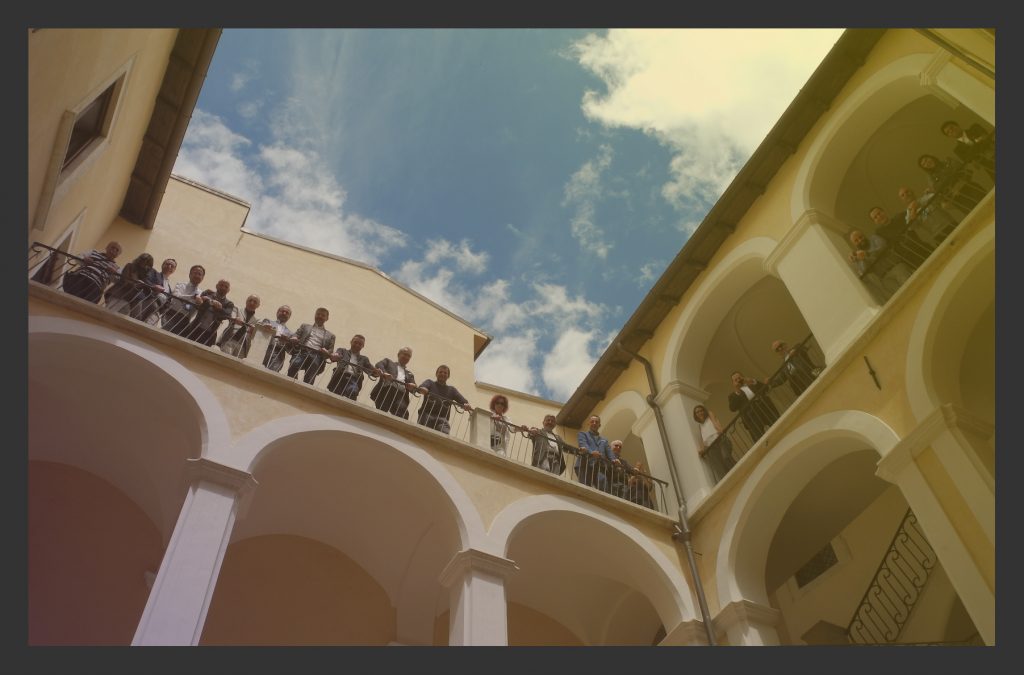 In The Research and Development Centre promotes workshops and working groups on emerging Fintech and Insurtech issues, in collaboration with the Department of Engineering and Information Sciences and Mathematics of the University of L’Aquila. Those include:

The Armundia Group’s office in L’Aquila also hosts the Armundia Academy. It is a business division working on to the creation, organization and promotion of new ventures for the growth of the Fintech and Insurtech community. Among these:

“The Armundia Group’s Research and Development Centre in L’Aquila perfectly embodies the meaning of the name Armundia. A combination of the words Harmony and World.

Harmony in L’Aquila is played by different protagonists. Hence it serves as a soundtrack for the vision of a world that is struggling to return to being the scientific, professional and tourist reference point that it was in the past. It is a music score we are highly pleased to work on with our instruments and our skills – says Gianluca Berghella, President and CEO of Armundia Group.

For me, the success of this venture has also a personal flavour as I was born and raised in Abruzzo. This land is now the scenario for some very important moments in my personal and cultural formation”.

Armundia Factory and the ICT in Tirana

Digital transformation in the Italian banking and insurance industry